Hornet exterminator on the South Shore of Montreal

Intrusion of hornets into your home?

Are you looking for a professional exterminator to carry out an extermination of hornets on the South Shore? Nova Extermination’s specialized technicians will solve your hornet problem quickly and safely. If a hornet’s nest is found near your house or even directly attached to it, our team will be able to get rid of it for you. Here is some useful information on our methods of exterminating hornets as well as the habits and dangerousness of this insect.

The biology of hornets

How to end finally

Hornets can grow up to 5cm and prey on bee hives to eat the larvae!

How is the extermination of horns done?

Even though hornets are pollinating insects and important to the ecosystem, relocating their nests to forests is too risky. Hornets are large wasps that are more aggressive than bees, so one cannot attempt to relocate their nest without running a great risk.
In order to effectively exterminate hornets, our experienced technicians will use the recommended pesticide as well as safe nest removal methods. To do this, our team wears appropriate protective clothing and uses suitable equipment.

Do not try to remove a hornet’s nest (beehive) on your own. You will put your safety at stake. In addition, the use of a pesticide is dangerous for a person who has no experience in the matter. The product chosen must be licensed and approved by Health Canada. Nova Extermination uses a government-recommended pesticide to exterminate hornets.

Hornet is the common name given to wasps which are part of a larger species. Hornets are anywhere from 1cm to 1 inch, while their bodies have black and yellow (sometimes white) stripes.

Hornets eat insects and sugary or protein foods that they can find in the garbage. They live in colonies in nests (also called beehives) that consist of a reproductive laying queen, sterile female workers, and males. In late fall, workers and males die while new queens hibernate. When spring comes, the queens disperse to found new colonies.
Hornets build nests by chewing wood, turning it into thin, pale gray paper. Nests hang from trees or homes, usually under soffits or inside certain holes or cracks in the siding. Some nests can also be built underground.

Hornets are not harmless like some other wasp species that resemble them but are smaller. These are the most dangerous biting insects: when they bite a human, a very painful venom is injected under the skin.

Hornets can attack aggressively (and in groups) if one gets too close to their hive or tries to remove it. The workers who have to defend the hive then attack violently and quickly, and their stings can cause a sensation of heat and great pain. Unlike bees that die after stinging just once, the hornet can sting multiple times! And sometimes hornets can even attack without being provoked.

Every year in our province, thousands of people are bitten by hornets. You should then see a doctor urgently if the bite swells abnormally or if it causes persistent itching, dizziness or difficulty breathing. In rare cases, the venom can cause very serious allergic reactions which can cause the person to die.

If you think you have a hornet’s nest in your home, you are strongly advised to call an exterminator since they are very aggressive. 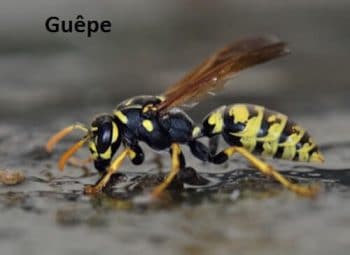 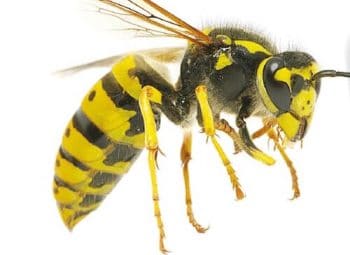 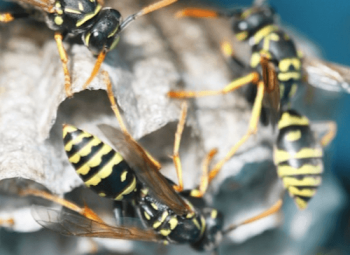 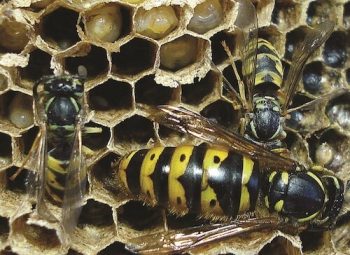 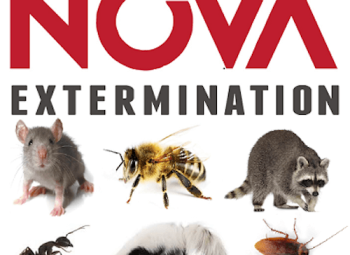 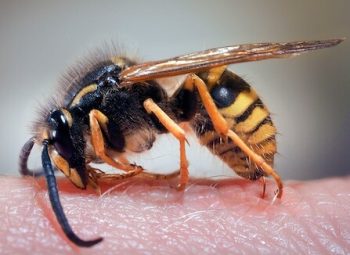 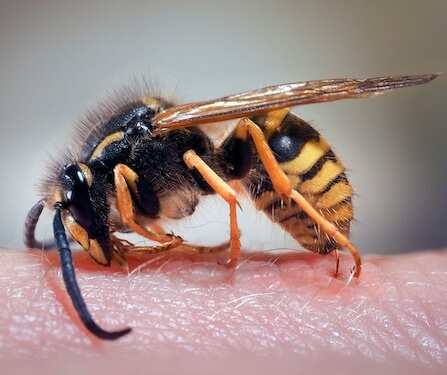 Nova Extermination certified technicians travel to all the cities of the South Shore of Montreal. You can contact us by email or by phone at 514-MON-NOVA.

For an extermination of horns on the south shore

Other types of extermination 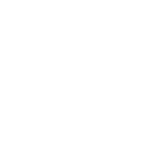 Fill in this questionnaire for a free quote.
We guarantee to get back to you within 12h. 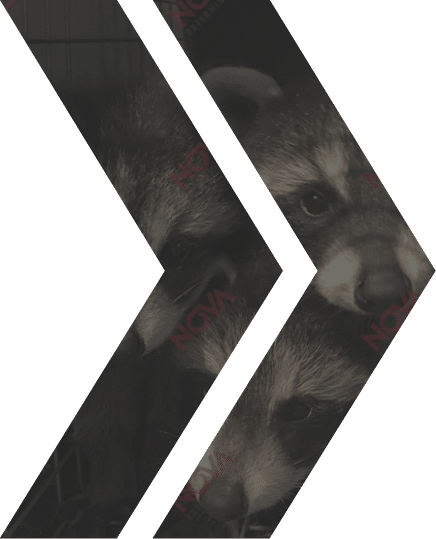